Nobody talks about the Bomb anymore, even though they’re still out there, in the thousands.

In the 1970s and ’80s, at the peak of Capitalism vs. Communism, nuclear annihilation was a real possibility. Rational people knew it and feared it. Back then, worries about Russia weren’t about thousands of hacked emails, but thousands of mega-tonnage.

These days, “post-apocalyptic” has been reduced to a movie-poster slogan.

But four decades ago, the madness of mutually assured destruction (MAD) was official policy of the world’s two so-called superpowers.

The Bulletin of the Atomic Scientists established its famous doomsday clock, and made regular headlines by announcing it had moved another minute closer to midnight.

I’m not nostalgic for the horror of the Cold War’s flirtation with Armageddon. I’m nostalgic for a time when young idealists, campus activists, student radicals and leftists in general actually made sense. Today’s Left has apparently gone insane.

It could be an issue of age. Youngsters under 40 would probably consider ban-the-Bomb leaflets from the Cold War era to be ancient artifacts. They likely couldn’t comprehend the dark humour of my all-time favourite activist group, which a friend and I founded at the University of Calgary: the Students for Militant Pacifism.

Likewise, I don’t understand why today’s leftists — “progressives,” as some prefer to be called — adore censorship.

In my formative years as a young adult, it was the right-wingers who sought to curtail freedom of speech. If conservatives couldn’t shut you up, they would apply a derogatory label. Thus, for example, distributing anti-Bomb literature on the University of Calgary campus circa 1980 could identify you as a “communist.” Seriously.

The world has turned upside-down. Flat-Earthers might interpret that as proof of their preposterous beliefs, but I mean it metaphorically. Today, it is left-wingers and liberals who espouse censorship, and right-wingers who defend freedom of speech.

The explanation can be traced to acceptance of the concept of “hate speech.”

Today’s leftists are apparently unfamiliar with George Orwell’s description of “thought crime,” an outlandish fiction in his time and place, but an odious reality that has crept into the “hate-speech” laws of many Western democracies.

Orwell was writing about authoritarian states, and would likely be surprised at the number of erstwhile free societies that have destroyed freedom of speech.

By definition, freedom of speech doesn’t exist if the state determines which speech is acceptable and which is not.

But to many on the left, and to all Liberals — who enacted these detestable laws — banning “hate speech” is justified. Of course, they also reserve the right to define “hate.”

Today’s censors on the left are shameless. In the two weeks since the horrible murders of 50 people in two mosques in Christchurch, New Zealand, some commentators have exploited that tragedy by roaring for strengthened hate-speech laws.

Islamophobia, racism and hate helped “enable” the white-supremacist killer, according to some. (Go online to The Globe and Mail for a handful of examples.)

Such an accusation is astounding in the extent of its duplicity, because today “Islamophobia, racism and hate” includes any critique of Islam or immigration.

There are plenty of legitimate issues to discuss about Islam and immigration. Doing so does not automatically amount to “hate speech,” but, unfortunately, now it does.

Leftists have a heightened awareness of racism: a racist is anyone who disagrees with them about Islam or immigration.

A question for the leftists who are going to send me angry emails: is a feminist who expresses concern about misogyny in Islam a racist Islamophobe?

The Europeans tried censorship before we did, and it has backfired. It is what can happen when hate-speech laws flourish. People have been hauled into court for what they said about the migration of Muslims to Europe (see: Brigitte Bardot). Consequently, only members of far-right parties have been willing to talk about an issue that millions of people are concerned about. Thus the rise of the right. On the left, “Nothing to see here, folks, and nothing to say … or else.”

Source: The Telegram by Brian Jones 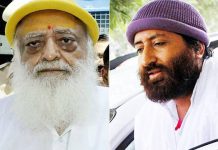 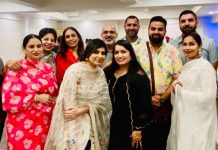 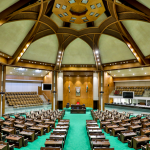 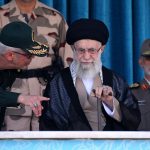