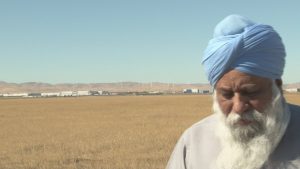 A local landowner ( A punjabi noble soul) is offering to pay the rent of Tracy (California) federal workers sent home during the partial shutdown of the U.S government.

Mike Sandhu, of Sandhu Bros. Farms, a noble soul, confirmed on last Monday that he was offering to pay the rent or mortgage of furloughed residents while the shutdown continued. “Local people should not be hurt by this. If the federal government is having problems, it is not their fault,” Sandhu said. ” These people are public workers. They’re there for our safety, the least we can do is help them in these hard times.”

The Farmer/landowner also said “a few people” had taken up his offer, which can include money for food if the need is dire enough. Mr. Sandhu further added that  he didn’t personally know any local federal employees, but just saw a need in the community.

“These federal employees are here to help the public, Tacy is like a family. It’s not their fault so we are just offering that”.

Nearly 800,000 federal employees around the U.S cannot go to work right now because Congress and the president have not agreed a spending plan. This has resulted in lost pay and people being sent home, hence the offer from Mike Sandhu. Source: DEX